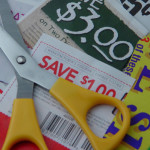 The River Hill Teen Advisory Committee serves the community in a variety of different ways throughout the year. In addition to planning and executing the annual Haunted Hallow’s Eve activities, building a float for the Independence Day Parade, volunteering at the Health Fair and running various other events, this enthusiastic group of teens has decided to take on even more responsibility to benefit others.
As part of Howard County’s Day of Service events in January, the Teen Advisory Committee voted to participate in the Overseas Coupon Program. This patriotic charity supports service members whose rates of pay often hover just above the poverty level. The commitment involves adopting a military base overseas and collecting manufacturers’ coupons to be clipped and sent directly to the chosen base. Military families serving abroad are able to reduce their grocery costs by using these coupons while shopping at their base commissary. The commissaries even allow the use of expired coupons up to six months, and military families rely on them being available each time they shop.
The base chosen for adoption by the Teen Advisory Committee is a U.S. Army base located in Vicenza, Italy. Other bases available for adoption are located in Germany, Belgium, Japan, Korea, Spain, and the U.K. The teens expressed an interest in supporting the Army branch of the military and were intrigued by the thought of an army base in Italy. The program requires the collection and clipping of manufacturer’s coupons which are then sorted into two categories (food and non-food items). Once all the coupons are clipped and sorted, the total value of the coupons must be calculated. Each year the Overseas Coupon Program oversees millions of dollars worth of coupons that are sent to various military bases abroad.
Two coupon clipping events were recently held at Claret Hall, and they were extremely successful! Residents of River Hill and the surrounding areas donated their unused/unwanted coupon circulars, which luckily resulted in a large collection. A total of 25 people participated in the clipping, sorting and tallying of the coupons. Children, senior citizens and people of all ages in between enjoyed a relaxing, social atmosphere while cutting coupons and getting a chance to escape the cold for a few hours. The Western Howard County “Force” 6th Grade Girls Basketball Team came to clip coupons as part of a team bonding experience. Says Team Manager and parent of one of the girls, Mickey Maloney, “The more time the girls are able to spend together off the court communicating and bonding results in better communication and teamwork on the court.” In addition, some of River Hill’s older generation, including non-English speaking residents, participated in the event. The goal is to continue broadening the reach for others who might not typically attend our community events due to language barriers. Anyone can come in and clip coupons – English is not a pre-requisite.
An astonishing total of nearly $17,000 in coupon savings was amassed during the event. Since the adoption of the U.S. Army base in Vicenza, Italy is a long-term commitment, additional coupon clipping and tallying sessions will be held. Volunteers are needed to tally the value of coupons at Claret Hall on Wednesday, February 17 from 10 a.m. to noon. Please consider volunteering to help with this worthwhile task. Pre-registration is requested by calling 410-531-1749 or emailing newsletter@villageofriverhill.org . Light refreshments will be available. In the meantime, continue to drop off any manufacturer’s coupon circulars to Claret Hall, and stay tuned for dates of additional coupon events. Your support is greatly appreciated!