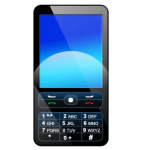 This article was submitted by Vyoma Thakor and Amanda Harvey, students at Atholton High School as part of a Civil Action Project.

“Sending or receiving a text takes a driver’s eyes from the road for an average of 4.6 seconds, the equivalent-at 55 mph-of driving the length of an entire  football field “blind” (www.distraction.gov). So many things could go wrong in that football field distance. Why take the risk to check your phone? What could possibly be so important to read or respond to, that you are willing to die for? Nothing. That last text, email, phone call or music change can wait.

How many driving aged citizens do you think own a phone? According to the Cellular Telecommunications Industry Association,
“In 2012 there were an estimated 321.7 million wireless subscribers in the United States.” The Insurance Institute for Highway Safety (IIHS)  estimates “At any given moment, about 660,000 drivers in the United States are holding hand held cellphones while driving.” These large corporations prove that most Americans who drive have a phone. Many are tempted by social networks as well as messages from their friends and family, so they want to check their phones.

As technology advances, the want for the newer and cooler gadgets increases. (Many of us see driving  as an easy and daily activity but when distracted by our new iPhones we are putting ourselves and others at a higher risk.) Distracted driving is an act that causes the driver’s attention to be side tracked or become preoccupied with another task. Many activities such as eating, adjusting music, working a navigation system, or texting cause the driver to become unfocused on the road. “In 2011, 3,331 people were killed in crashes involving a distracted driver, and an additional, 387,000 people were injured in motor vehicle crashes involving a distracted driver”  distraction.gov). Texting is the primary cause of distracted driving because it requires the use of visual, manual and cognitive functions.

Maryland General Assembly just passed a law stating that using your phone in any way while driving is a primary offense. Before this new law, using your phone was a secondary offense and you had to be violating another traffic law to be pulled over for it (i.e. speeding).

We are doing a project to spread awareness about this new law and how dangerous it is to use your phone and drive. “Driving while using a cell phone reduces the amount of brain activity associated with driving by 37 percent” (Carnegie Mellon). Being teenagers, we know what it means to be attached to your phone. Also, being new drivers we know how much concentration and focus driving takes.

The next time you’re driving and hear the notification ding on your phone, think about the new law and the danger you are putting yourself and the ones around you in. Can the response wait? You can help save someone’s life by spreading awareness and taking the pledge. Sign the pledge at www.distraction.gov/content/get-involved or www.itcanwait.com and learn about other ways that you can get involved.

June 5, 2013 Enjoy Discounts with a Columbia Card
Scroll to top