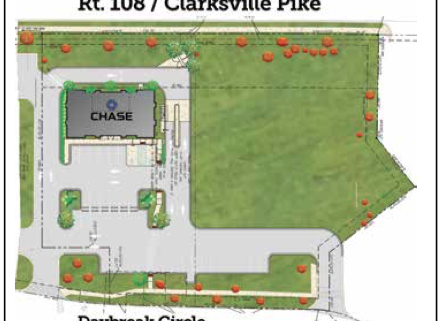 What is happening on the site of the former Ruby Tuesday restaurant? In mid-June social media chatter increased when two RV’s with camping-related gear and a large truck cab were observed parking overnight in the lot for several days. Combined with the minimal maintenance occurring on the property, it is not surprising that residents are concerned the site is becoming an eyesore. After doing some research, the community association discovered the RVs belonged to ID Plans Corp. This company was onsite as part of a detailed assessment of the village center being conducted at the request of Kimco Realty. The truck cab was unrelated. JPMorgan Chase Bank, the new owner of the former Ruby Tuesday site, is aware of the concerns and has indicated they plan to take measures to limit unauthorized access to the property and improve its appearance. Unlike with residential properties, Howard Hughes Corporation (HHC), not the village community association, has the responsibility for enforcing maintenance standards on the commercial properties in the village center. HHC is also aware of the community’s concerns.

Representatives from JPMorgan Chase Bank and Core States Inc., an architectural, engineering and construction firm, pre- sented their initial concept plan for constructing a Chase Bank at the association’s Board of Directors meeting on June 3. Their current plan is to locate the new branch building in the southwestern portion of the site, enabling the property to be resubdivided and the section containing the restaurant building to be sold or leased. At this time, it is unknown whether the restaurant building will be razed or repurposed.

The following process has been identified by the Department of Planning and Zoning (DPZ) to redevelop the site: