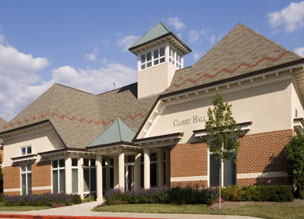 The Year in Review:

In FY10 the Association continued to advocate on behalf of residents  regarding traffic and safety in the River Hill/Clarksville area.  Traffic and Safety Committee Chair Tony Miceli and Members Robert  Runser, Rosanna Mazzella, Sophia Vazquez, and James Robertson  conducted analyses of pedestrian crossings and safety along Great Star Drive (from MD 108 to Summer Sunrise Drive) and along Linden Linthicum Lane, Indian Summer Drive, and Fall Moon Ride. Their efforts resulted  in the: the relocation of two pedestrian crossings on Great Star Drive;  addition of four pedestrian refuge islands and several additional  crosswalks in the Pheasant Ridge neighborhood; installation of  sections of sidewalk on the Linden Linthicum Lane and Great Star  Drive; re-striping of Great Star Drive to add turn lanes; and trimming  of street trees and relocation of traffic signs to improve visibility.  The Committee also met with a representative from the State Highway Administration (SHA) and reviewed the results of the SHA analysis of the Linden Linthicum Lane/MD 108 intersection. Unfortunately, the  intersection did not meet the requirements for a traffic signal. During FY10 several residents received Speed Monitoring and Awareness Radar Team (SMART) training from the Police Department’s Traffic Enforcement Division. The Association coordinated with the Police Department regarding crime, property damage, and quality of life  issues in the Village by: Holding a National Night Out Celebration and Bike Rodeo; Sponsoring a  community meeting to discuss a rash of break-ins; Expanding the Neighborhood Watch Program and coordinating with the Block Captains;  Requesting traffic enforcement in critical areas; and Coordinating  with the Kimco Realty, the Village Center Merchants and the Police Department to kick-off a Business Watch program in the Village Center.

The Village of River Hill includes 14.25 miles of pathway and  twenty- five (25) tot lots that have been installed and are maintained by CA.  The Village Board reviewed CA’s proposal for a community-wide  playground and concluded that the proposed location was not ideal and  that other amenities might have greater value to the community. The  Village Board worked with CA to evaluate appropriate sites for  installing basketball courts, a dog park, fitness trails, and/or a  disc golf course. After considerable study, the installation of a  fitness trail and disc golf course emerged as the leading options.  The Association will continue to work with CA in FY11 to develop  concept plans and solicit resident input on these amenities.  In an effort to reduce maintenance costs, CA initiated efforts to  reduce the number of tot lots Columbia-wide. In the Village of River  Hill, CA recommended six tot lots for consideration. The Village  Board obtained a significant amount of resident input on this issue  and in early FY11 selected RH9 – Mellow Wine Way Tot Lot as the  Association’s recommendation for removal. In response to numerous  resident requests, Association staff coordinated with the CA Open  Space Management Division to address concerns.

Enforcement of the Village Covenants on residential properties is one  of the prime responsibilities of the community association. Covenant  enforcement falls into three main functions: the architectural and  in-  home business review process, the letter of compliance process, and  complaints. The Association’s Covenant Advisor is the staff liaison  on covenant-related issues and supports the Village Board, Architectural Committee (AC), and Resident Architectural Committee  (RAC) in the implementation of the Covenants. General Growth  Properties retains architectural control for all commercial properties  in the Village of River Hill.  During FY10 the RAC, a standing committee of the Village Board, put  in many hours reviewing exterior alteration and in-home business  applications and making recommendations to the AC.

The RAC’s  philosophy is to adhere to the Village’s Guidelines and Covenants  while considering each homeowner’s request and the uniqueness of each  property. The Committee reviewed 127 architectural and in-home  business applications in FY10 and conducted over 254 site visits.  Following review by the RAC, the AC is responsible for the final  approval of all exterior alterations and in home business applications  for residential properties and for hearing and making decisions on all  appeal requests. There were no requests for appeal hearings in FY10.  The Committee also reviews all covenant enforcement actions reaching  the 15-Day Violation Notice stage and evaluates the need for further  action on the part of the Village Association and CA.  In FY10 the Covenant Advisor received 86 requests for compliance  inspections. Four properties were sold in Non-Compliance status and  the new owners are working with the Covenant Advisor. Each letter requires research, site visit(s), coordinating with the RAC for exterior alteration applications and communicating with the homeowner  or realtor to cure compliance related issues. The objective is to  have each property in compliance with the Covenants when ownership is  transferred in order to maintain property values and aesthetics in the  community.

There were 136 complaints submitted to the Village during FY10 and of  these 116 were resolved. The Covenant Advisor is responsible for  following through on all covenant-related complaints on residential  properties. Other complaints are referred by the Association to the  appropriate departments within Howard County Government, CA, or Kimco  Realty (the owners of the Village Center). When a property owner does  not resolve a covenant violation, the Association has the ability to  proceed with further action. This action may include restricting  residents from using CA facilities and programs, flagging CA’s  assessment files to identify a covenant violation should the property  transfer ownership, and/or proceeding with legal action. During  fiscal year 2010, no properties were referred by the Association to CA  for further action. One CA Architectural Resource Committee (ARC)  case was closed in FY10. At the end of FY10 there were four active  cases with the ARC.

Most notably, the Village Board agreed to establish a Committee to  develop a Master Plan for the community with respect to future  development within and adjacent to the boundaries of the Village of  River Hill. Volunteers stepped forward and at the end of FY10 a  Committee Charter was under development.  The Association has continued to monitor plans for commercial and  residential infill development in areas near the Village. This has  included: Monitoring plans for redeveloping the Gateway School Property. Several  River Hill residents and a representative of the Association served on the Gateway School Advisory Committee; Monitoring plans for re-zoning  the River Hill Garden Center property; and Continuing to monitor the  following residential infill development plans including the  redevelopment of 5835, 5847, and 5857 Trotter Road.  The Village Board submitted written input to the Department of  Planning and Zoning in opposition to the request to re-zone the River  Hill Garden Center property.

Claret Hall and The Meeting Room continued to be well utilized during  the fiscal year. The Middle Patuxent Nursery School completed its  ninth school year at The Meeting Room. Easy Method Driving School  continued offering driver education classes at The Meeting Room. The  Family World Church continued to use The Meeting Room for Sunday  services and special programs. The River of Life Christian Community  continued to hold Sunday services and programs at Claret Hall. A  variety of classes and summer programs were held at both facilities  including Abrakadoodle art classes, Drama Kids, Jazzercise, Central  Maryland Youth Ballet, Pilates, Yoga, Friday Night Dance Club, Music  Together, and Tien Shan Kung Fu. Both facilities were used for a  variety of social and business rentals.

In FY10 the Association supported the following community building  programs and events:

River Hill’s Teen Representatives had another very successful year.  They assisted with the Haunted Hallow’s Eve event, the Association’s  annual Breakfast and Lunch with Santa, and One Day. They organized  Rockfest ’10, a coffee house featuring local teen bands, and raised  $970 for the Grassroots Crisis Intervention Center.

The Association will continue to respond to resident concerns, follow  issues affecting Columbia and the quality of life in Howard County,  and continue to work with CA and the other villages to ensure that  Columbia retains its unique character and that the Columbia Vision  continues to be a standard by which we operate.