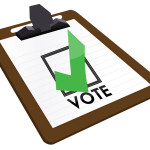 It is almost time to elect four members to the Association’s Board of Directors. The terms of the following Board Members end April 30: Dave Clark, Will McCullough, Esti Schabelman, and Liyan Zhang. It is too soon to know if they will run for another 2-year term. However, it is not too soon for others to consider running. If you want to give back to the community, have ideas on ways to improve the Association’s operations, or are passionate about issues impacting the village, now is the time to consider running for the Board. The nomination period for the four Board of Directors positions is March 1 – 21. Everyone interested in running for election must submit a valid nomination petition during this timeframe. Petitions and information packets will be available at Claret Hall and on our website beginning March 1. Residents interested in running for election are encouraged to attend an upcoming Board Meeting and to contact the current Board Members to learn more about the roles and responsibilities.

For more information on running for the Association’s Board of Directors or to volunteer for the Election Committee, contact the Village Manager, Susan Smith, at manager@villageofriverhill.org or 410-531-1749.